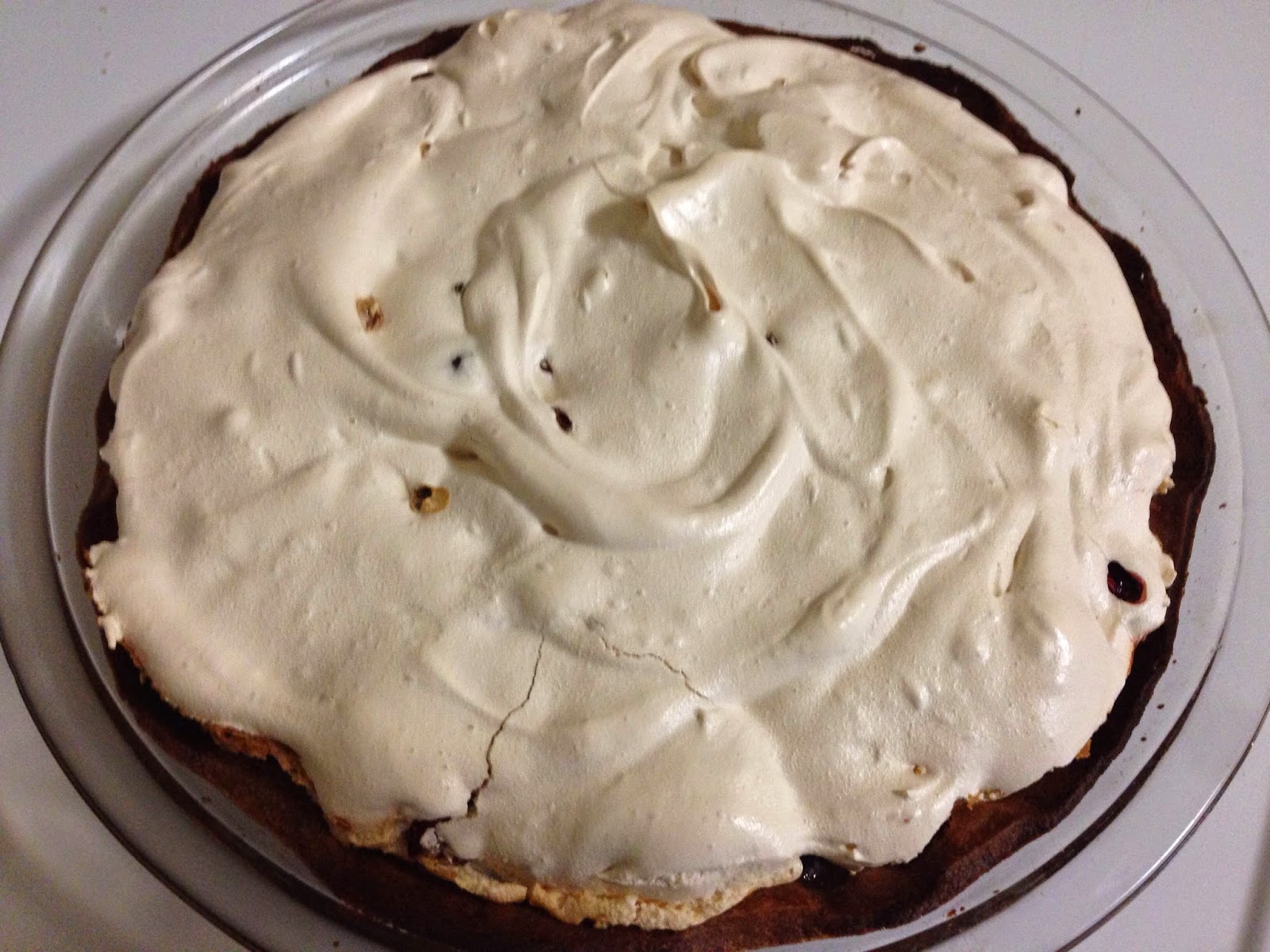 Our second dip into Baking Chez Moi is for the seasonally appropriate Cranberry Crackle Tart. It's basically a giant cranberry-filled meringue on a layer of jam in a cookie-like tart crust. I thought this was basically OK: didn't love it, didn't hate it. After I tried a slice of it, I started to think that maybe I should try a version of it with raspberries instead of cranberries. Plus, to get more buy-in on the home front, I will need to figure out a way to sneak some chocolate in there.

Also, I realized after I made it that I should have read some of the comments at TWD. Then I would have known to use my hand-held mixer to beat the egg whites instead of my stand mixer, to get better volume. Live and learn!

Finally, belated thanks to everyone who commented on my first Baking Chez Moi post. It ended up being a crazy point with work and home stuff, and I was a negligent community member both in responding to comments here and in checking out others' posts. I hope to make up for that with this week's recipe. 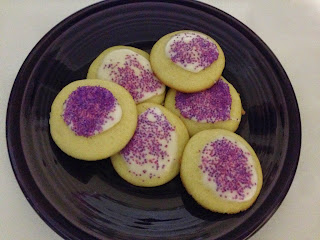 With the arrival of Baking Chez Moi, it's time for more baking with Dorie Greenspan! I missed out on the bake-along for Baking From My Home to Yours and started out with best intentions to stick with Baking With Julia. Circumstances and schedules, however, left me falling far behind, and I ended up bailing on that endeavor. This time, I'm determined to stick with the plan and make my way through Baking Chez Moi.

Our first recipe is Palets de Dames. They're a simple cookie with a dough that is borderline cake batter and requires refrigeration to firm up before baking. After the cookies are baked, they cool and then are dipped in a simple glaze. The sprinkles are optional, but who am I to miss out on a chance to use sprinkles? The fairly unassuming nature of these cookies makes me think they could be a nice option for a holiday cookie tray to contrast with other more complicated offerings.