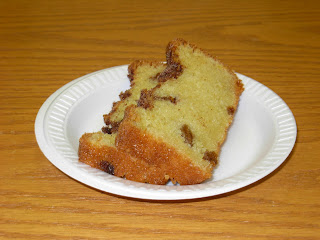 So my daughter, Claire, came home from school with a zip-top bag of goo and a recipe for Amish Friendship Bread. I deduced that it was some sort of starter, and we followed the instructions as directed, feeding it as required and after 10 days, replenishing the starter, dividing it into five portions, and then giving away some and keeping one to bake with.

We actually kept two and baked off one of them. That was good because I messed up the first batch of bread that we made. We ended up being able to make the bread again, and the second time, the bread turned out better with the proper proportions of ingredients in it. (I'd put in too much sugar the first go-round.)

After the second set of loaves, I was left with a big question: What was the deal? I was kind of expecting something special, maybe a distinctive, tangy flavor. Instead, it was a moist quick bread. I was perplexed to the point that I posed my question at CooksTalk, the forum at FineCooking.com. In the end, the upshot seemed to be: Yes, it's a moist quick bread.

The charm of all of this rigamarole is in sharing the starter. It was a cute-enough endeavor, but on the other hand, we have now distributed all of the starter to other friends. I think we're totally OK with that, too.

For what it's worth, the best version we made was chocolate, flavored with chocolate pudding and mini-chocolate chips. The version in the photo was made with golden raisins.
Posted by Chris H. at 7:54 AM No comments: 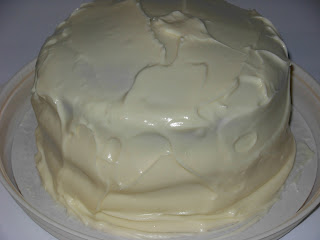 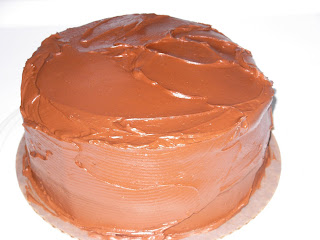 Because of my surplus of overripe bananas to use up, I made a couple of banana cakes, then froze the cake layers until I had a reason to frost and serve them. The top cake is from a recipe in Alisa Huntsman's Sky High: Irresistible Triple-Layer Cakes. Although I ended up hating the slack cream-cheese frosting I used on the cake, I loved the cake itself. It contains a bit of Chinese five-spice powder, certainly not an ingredient I've used in baked goods prior to this cake, and I really liked the way its flavor played off the banana.

The second banana cake, frosting with chocolate icing, is from Nancie McDermott's Southern Cakes. This book and author can do no wrong.
Posted by Chris H. at 7:52 AM No comments: 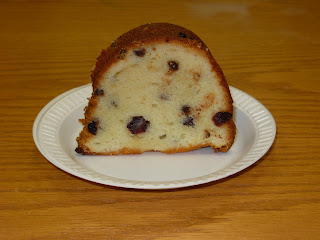 When I flipped through Warren Brown's new book, CakeLove, I was smitten, caught up in his combination of exotic flavors and not-always-traditional techniques. The first cake I made from this book was this lemon-cranberry-chocolate cake. It's a trio of flavors that I wouldn't necessarily have put together, but they work well as a team in this pound cake.
Posted by Chris H. at 7:51 AM No comments: