This week's Tuesdays With Dorie adventure was French Apple Tart. Lots of little steps for this one, but I spread it over a couple of days, which made the process manageable. I started off by making the roasted-apple filling, then refrigerating it for a day. I was pretty happy with how the filling turned out, but was skeptical about how it would fare as tart filling. Meanwhile, rather than use the pie dough recipe in Baking With Julia, I turned to my standby vodka crust from Cook's Illustrated. In addition to being easier to put together and handle, it also makes a single crust.

As I was gearing up to start putting things together, I pulled out my tart pans and discovered I have three 9-in. tart pans with removable bottoms. Only one of them, however, has the bottom ring. Good grief.

Anyway, after I blind-baked the crust, I filled it and put sliced apples on top. In hindsight, I know I needed more apples on top as they shrunk a bit while baking. I ended up having enough leftover pie dough and filling for a mini-tart, so I made one of those as well. 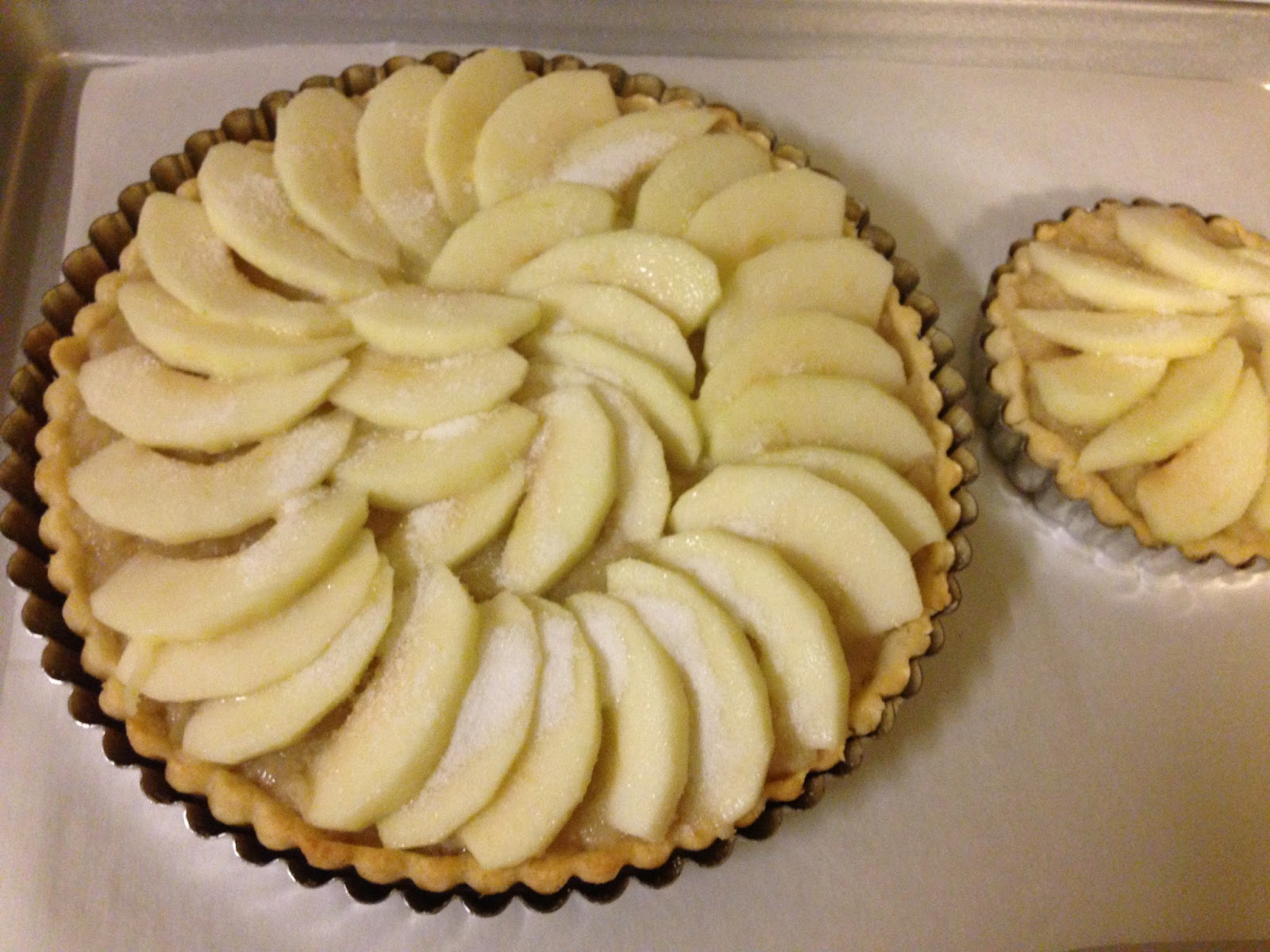 Again, when it came out of the oven, the apples on top had shrunk. Even though I baked the tart 15 minutes longer than the recommended time, I didn't get the slightly blackened edges to the apples either, or much of a caramelized glaze from the sugar sprinkled on top. However, I thought it ended up looking pretty terrific. 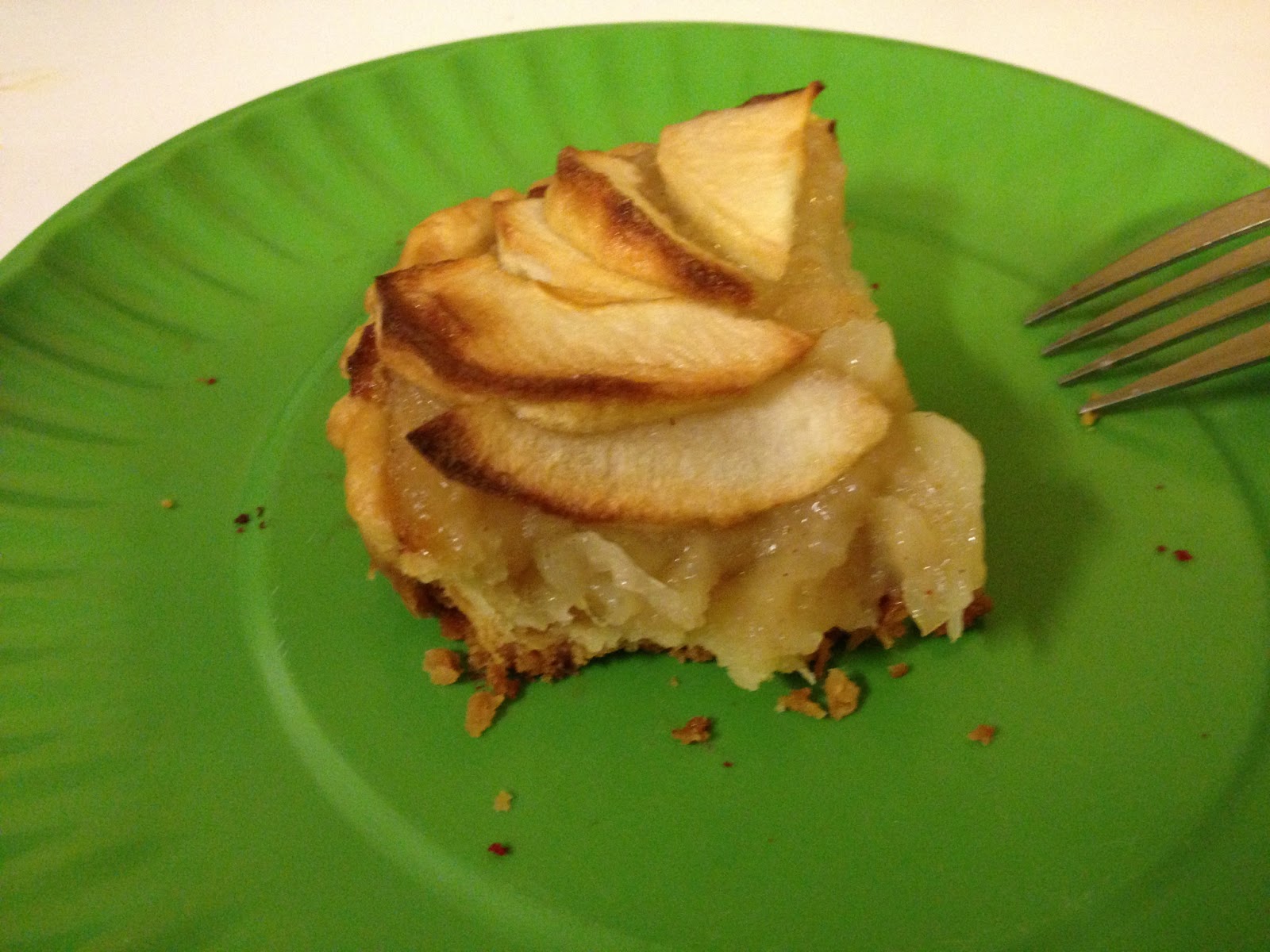 The tart was out of the oven and cooled just in time for Downton Abbey. Couldn't have worked out any better than that!

This is a recipe I'd revisit in a heartbeat. It might be fun to make the roasted apples with some raspberries or maybe cranberries, too, to play around with the filling. 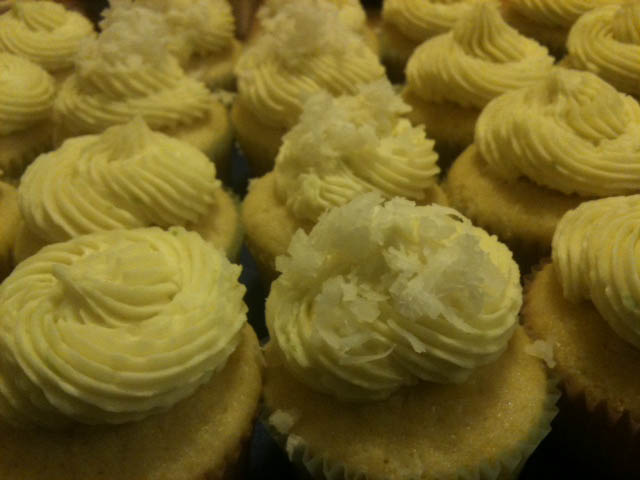 I made a couple of batches of this Key lime cupcake recipe, one with regular limes, one with lemons. I filled both batches with lime curd, using this recipe. The curd recipe is so easy and seems relatively foolproof. For the frosting, I used the recipe that accompanied the cupcake recipe. However, I split the extract amount so that it was half vanilla and half coconut. For half of the cupcakes, I sprinkled coconut on top. With this project, I used the remainder of the limes I'd purchased for holiday baking in December. Now I have a few lemons to convert into something tasty.
Posted by Chris H. at 4:14 PM No comments:

This week for Tuesdays With Dorie, we got to make pizza with onion confit. While cooking the onions, I couldn't help but think of a joke we used to share when I was in cooking school: "How do you make a duck confit? Give him warm slippers, a cozy jacket, a comfy chair ..." OK, OK, it certainly cracked us up at the time. All in all, I really essentially liked this recipe. I liked that there was enough dough for two pizzas, which allowed me to start with one plain pizza: 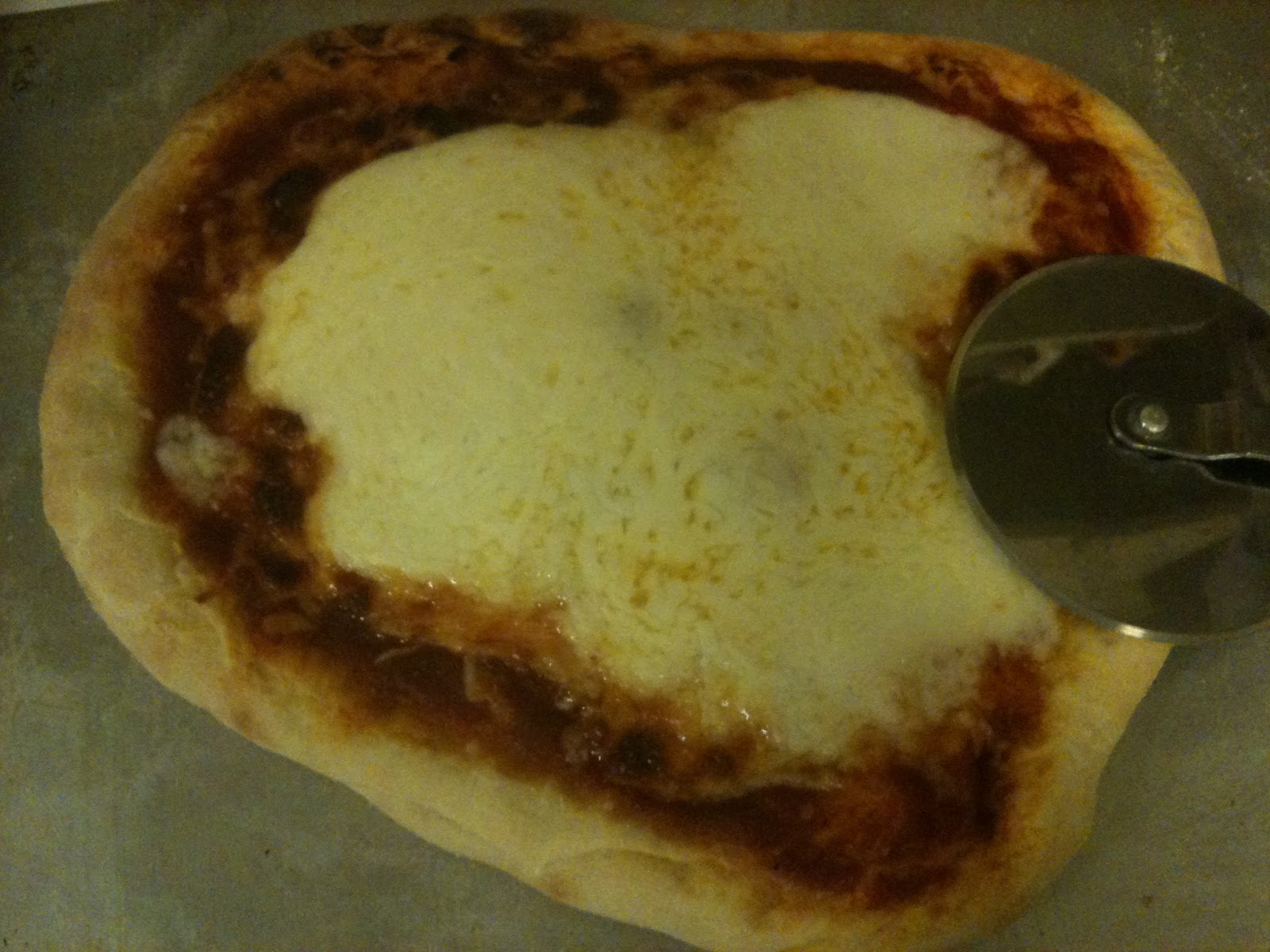 Then I made the pie with the onion confit: 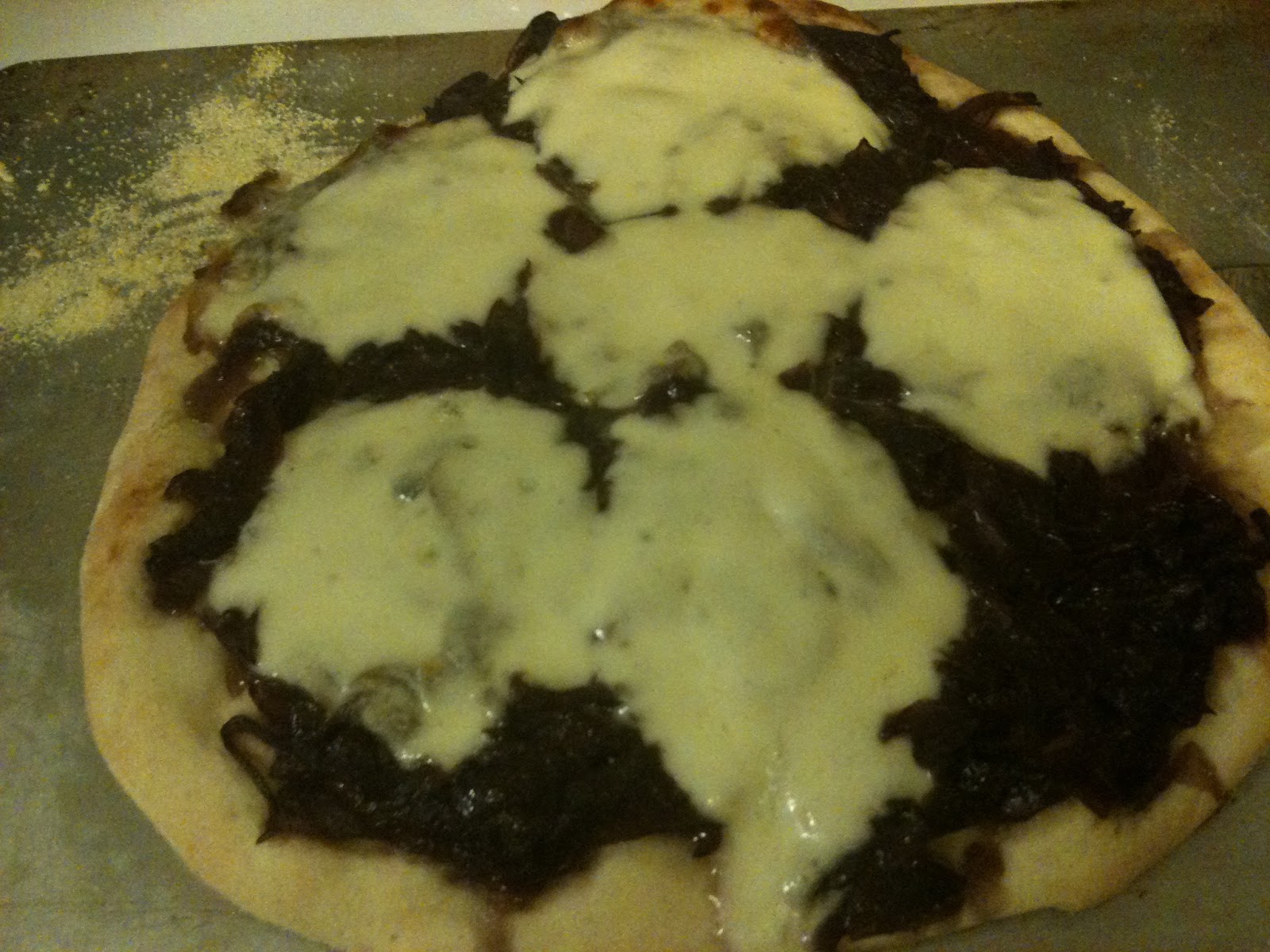 While I liked the onion confit, I'm not sure I liked it as a pizza topping, which is odd because I like caramelized onions as a pizza topping. Maybe I used too much of the confit on the pizza. I do think it would be kind of excellent on a grilled cheese, though. The combination of a very hot oven, a sprinkling of cornmeal, and a heated pizza stone provided for an excellent crust on this pizza. I almost couldn't believe it was homemade, except for the fact that my crust-shaping skills are uninspiring.

Bottom line: I think it's likely that this crust recipe will be revisited, and soon. I don't know if I'll redo the confit as a topping, but I would definitely make pizza at home again.

For the recipe, visit this week's host, Paul, at The Boy Can Bake.

No insane ingredients this week, but over the holidays, I managed to use up the bag of semolina flour I'd purchased for the semolina bread we made last year. I found a terrific biscotti recipe at the King Art website, then made many batches of biscotti.
Posted by Chris H. at 10:01 AM 6 comments: