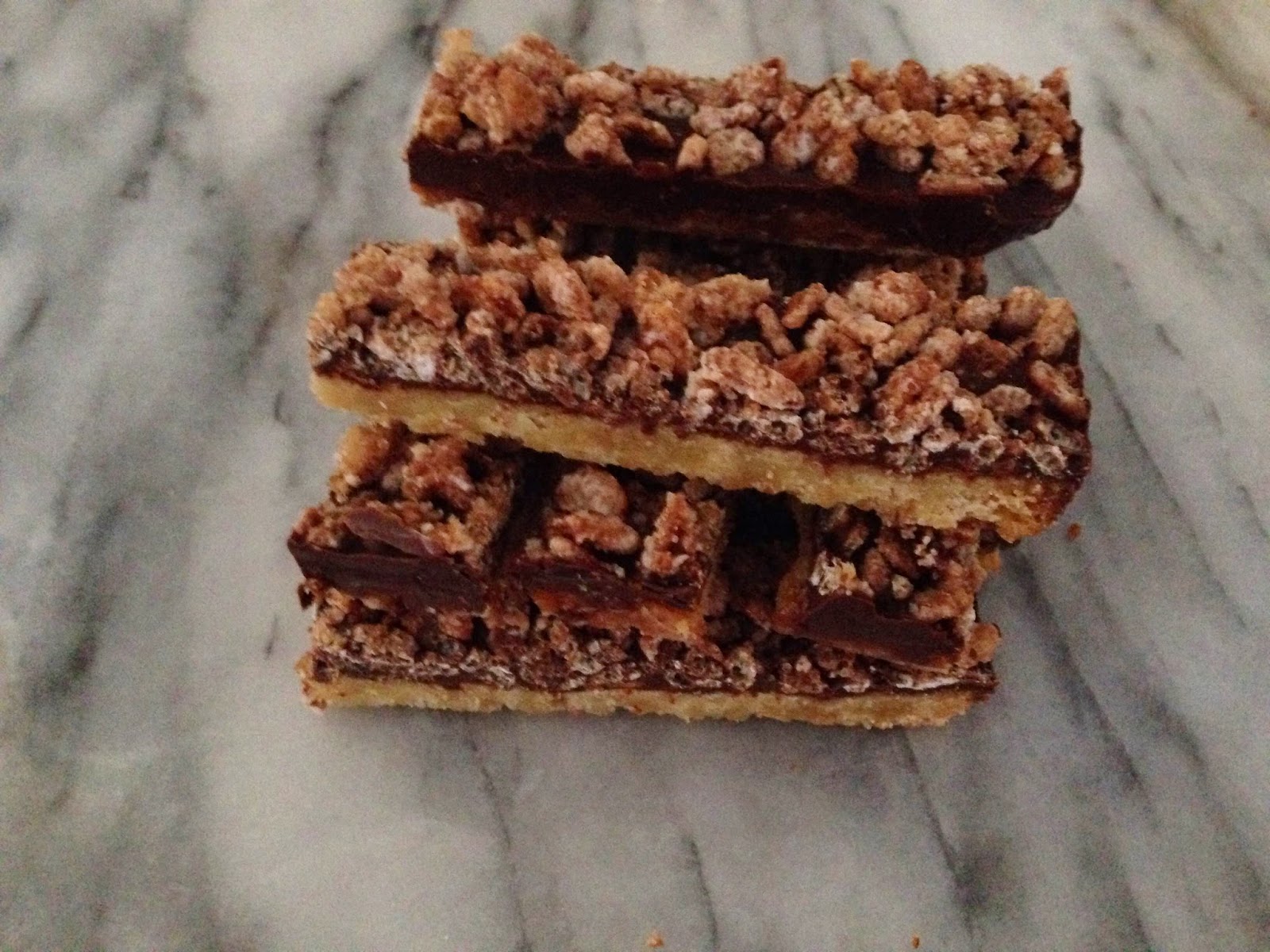 While I'm in arrears for two TWD projects (the grapefruit tart and the lemon madeleines -- hooray for the upcoming rewind week!), I did manage to make the Crispy-Topped Brown Sugar Bars.

The recipe is pretty straightforward. To start, I made the crispy topping. Since I had an open box of Cocoa Krispies, I used those instead of regular Rice Krispies (seriously, who's going to argue over an extra bit of chocolate?). No problems at all with that portion of the recipe. In fact, they were a lot of fun to make. And sample.

All in all, I had no problems with the sticky dough, but I was alarmed when I checked the oven after the base had been baking for about 18 minutes. There was the dough, bubbling away almost like caramel. Since the base was golden brown, I pulled it out of the oven a little early and let it cool down for a couple of minutes. I'd melted some bittersweet chocolate rather than try to have it melt on the warm cookie base, so having a hot-from-the-oven cookie base wasn't as much of a necessity for me. The thin layer of chocolate went on, then the caramelized Cocoa Krispies. All looked good.

I figured that I'd need to be careful slicing these bars, which I suspected might be pretty brittle. For as crisp as they turned out to be, they sliced relatively cleanly.

The downside to these bars? They are insanely good and can be consumed at an alarming rate. Even worse, I now know they are ridiculously easy to make. How will I save me from myself?
Posted by Chris H. at 8:57 AM 5 comments: